“How to — or even whether to – incorporate grammar instruction into the teaching of writing has been hotly debated in first language (L1) composition circles and later among experts in second language writing.” (Frodesen and Holton 142)

The “grammar issue” or written corrective feedback is neither a new nor just a second-language (L2) writing concern. In L1 composition, a number of publications in the 1960s created what Patrick Hartwell[1] called “pro-and anti-grammar instruction camps,” notably after the publication of Research in Written Composition by Braddock, Lloyd-Jones and Schoer. Their conclusion was “stated in strong and unqualified terms: the teaching of formal grammar instruction has a negligible or…even harmful effect on the improvement of writing” (37-38). Followed in 1984 by George Hillocks writing “What Works in Teaching Composition: A Meta-Analysis of Experimental Treatment Studies,” he furthered this belief, writing that traditional grammar instruction “has no effect on raising the quality of student writing” and, in some cases, “has a deleterious effect on student writing” (160). By the mid-1970s, grammar-focused, WCF began to seriously move out of favor as current-rhetorical tradition and writing as a product was replaced with scholars (Peter Elbow, Donald Murray and Janet Emig) arguing for writing as a process, encouraging prewriting, writing and rewriting, with less attention spent on lower-order writing concerns (such as grammar and punctuation) until the final writing stage. 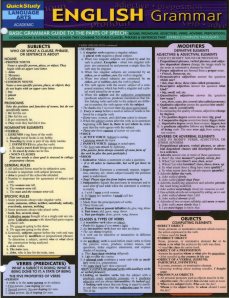 “Taken as a whole, the response literature is likely to leave practitioners with the impression that all types of feedback may (or may not) be helpful to L2 writers. Especially conspicuous in response research is the amount of attention bestowed on the (in)effectiveness of written corrective feedback (WCF). Despite several decades of WCF research, debate on this topic, and on how to investigate it, continues unabated.” (Belcher 134)

Linda Blanton writes in Composition Tales: Reflections on Teaching that in her early years teaching English to non-native speakers in the 1960s, texts for second-language teaching stressed the methodology of the “Michigan Materials” from the English Language Institute (ELI) at the University of Michigan, using grammar primers such as Lado & Fries (1958), English Sentence Patterns and Fries (1945), Teaching and Learning English as a Foreign Language. Dominant in second-language teaching for the next 20 years, it was only with the publication of Shaughnessy’s and Krashen’s books[2] that this form of teaching began to change.

Early language teaching focused on speaking over writing, as Blanton related her own experience in the early 1970s approaching publishers and being told, “you can’t teach writing at the beginning levels. ESL students have to speak English before they can write it” (140). Now in their 3rd edition, Blanton’s textbooks were originally published in 1977 (Composition Practice. Boston: Heinle & Heinle) and she comments that she taught writing before “we learned that ESL students become more fluent writers of English by writing English before they are fluent. That the writing process itself promotes fluency and greater proficiency” (141). 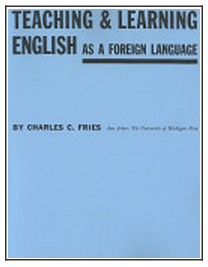 Basic writing and early second-language English instruction were often placed together. As I wrote in Paper 1, “Early Basic Writing instructors and publications focused on ‘traditionally excluded students’ and how to improve their access to higher education, aligning with ESL in discussions and research.” Mina Shaugnessy wrote “basic writing students write the way they do, not because they are slow or non-verbal, indifferent to or incapable of academic excellent, but because they are beginners and must, like all beginners, learn by making mistakes” (5). Krashen furthered this connection in his research by stressing that

“[r]eal language acquisition develops slowly, and speaking skills emerge significantly later than listening skills, even when conditions are perfect. The best methods are therefore those that supply ‘comprehensible input’ in low anxiety situations, containing messages that students really want to hear. These methods do not force early production in the second language, but allow students to produce when they are ‘ready.’ recognizing that improvement comes from supplying communicative and comprehensible input, and not from forcing and correcting production.” (7)

Blanton posits that it was with Chomsky’s influence and the move from “teaching to learning (from behaviorism to cognitivism)” that second-language writing established awareness within “language and literacy issues” (150). In 1990, Barbara Kroll’s Second Language Writing: Research Insights for the Classroom also helped to give L2 writing increased visibility (Blanton 153).

Matsuda notes that “there were times when I focused almost exclusively on the issues of grammar and style; then there were times when I went to the other extreme, refusing to comment on grammar issues at all.” He further writes that “[a]t one point, I was so disgusted by the overemphasis on grammar in some ESL writing classrooms that I was opposed to teaching English ‘as a second language’ altogether” (168).

Where is the WCF or grammar debate today? 2014 publications include overview works, theses and dissertations examining the history and suggesting best practices for L2 writing classrooms. Most current scholarship concurs that “written grammatical accuracy improvement should not be the primary objective of the L2 writing class, but can and should play an effective minor role” (Ducken v). The most recent work by two Master’s students in the field has resulted in comprehensive reviews of the literature related to written corrective feedback. In 2013, Yuan-Yuan Meng, an EdM student at Columbia University published “Written Corrective Feedback: A Review of Studies Since Truscott (1996)” in Working Papers in TESOL & Applied Linguistics and Daniel Ducken in his 2014 MA Thesis, “Written Corrective Feedback in the L2 Writing Classroom” synthesized research through 2012, noting that “much contemporary research points toward the efficacy of comprehensive WCF over that of focused WCF regardless of student L2 proficiency level” (32-33).

Examining 15 studies over the past 16 years, Meng writes, “these studies have shown that error correction is effective for short-term revision, and increasing evidence also suggests that both focused and unfocused CF can facilitate the acquisition of either a single or a wider range of grammatical features.” But even this position comes with a qualifier, “[d]espite the promising results, there are still lingering concerns…(Meng 81).

Belcher sees a change in focus for L2 writing, noting that “[w]hat is exciting about the direction L2 writing appears to be headed in is that it is becoming less about what exactly L2 writing teachers should do for their students and more about how to facilitate learner autonomy” (Belcher 438). She also points to the scholarship of A. Suresh Canagarajah, “whose underlying message… is that…many of us remain fixated on helping learners of English develop the ability to produce texts, usually academic, that are reader-friendly to those we privilege as native speakers of English” (Belcher 2012, 132). There is a need for more inclusiveness and understanding of both Inner and Outer Circle Englishes, as “[w]hat Canagarajah argues for is the need to see EAL writers as multi-competent, rather than barely competent” (Belcher 2012, 135).

With most studies focused on individual points of grammar within the realm of standardized English, areas of new research are called for, as there is a move for more inclusive World Englishes and interest in writing outside higher education. Matsuda stresses that “the field encompasses research on writers of all ages and proficiency levels who are writing in various languages in diverse geographic, institutional, and sociolinguistic contexts,” pointing to “different perspectives” and positioning of voices within the field (448-449, 2013). With little background in the field, but with a growing interest, especially related to World Englishes and the multi-faceted functions of language within different discourse communities, I am encouraged that there are lingering holes in research areas, as Belcher points out that “[c]uriously, much less research attention has been given to the efficacy of rhetorical or content-oriented feedback despite evidence that readers who are not language or literacy (or specifically writing) instructors are more attentive to meaning than to grammar, and likely to notice language mainly when it affects comprehensibility” (Belcher 134, 2012). It is time to explore further.

The last word — from Ferris & Hedgcock (2014), received after my original post above…

“…there is now extensive evidence that corrective feedback, provided under specific conditions, can indeed help L2 writers to acquire target structures and improve the accuracy of their texts over time.” (282)

While both are often used interchangeably, distinctions noted are below.

Teaching English as a foreign language (TEFL). English taught outside the U.S. when English is not the country’s primary language.

[1] Cited in Frodesen and Holton, 142, Patrick Hartwell’s, “Grammar, Grammars, and the Teaching of Grammar,” College English 47.2 (1985): 105-127 is called a seminal case. Hartwell’s main argument is that “grammar is an internalized system of rules” and not learned about as a “language in isolation” by “manipulating [it into] meaningful context.” He cites James Britton’s analogy, “likening grammar study” to “forcing starving people to master the use of a knife and fork before they can eat” (115).

Additionally, Noam’s Chomsky’s “universal grammar” theory in linguistics forwards the belief that “some rules of grammar are hard-wired into the brain” and he argues that “language is not learned by imitation, correction, stimulus-response, or any of the other constructs of behaviorism….Instead…language acquisition must be explained as a part of human cognition and development. …The rules of a language are deeply internalized and highly abstract generalizations worked out in the process of language acquisition” (Barton 72).